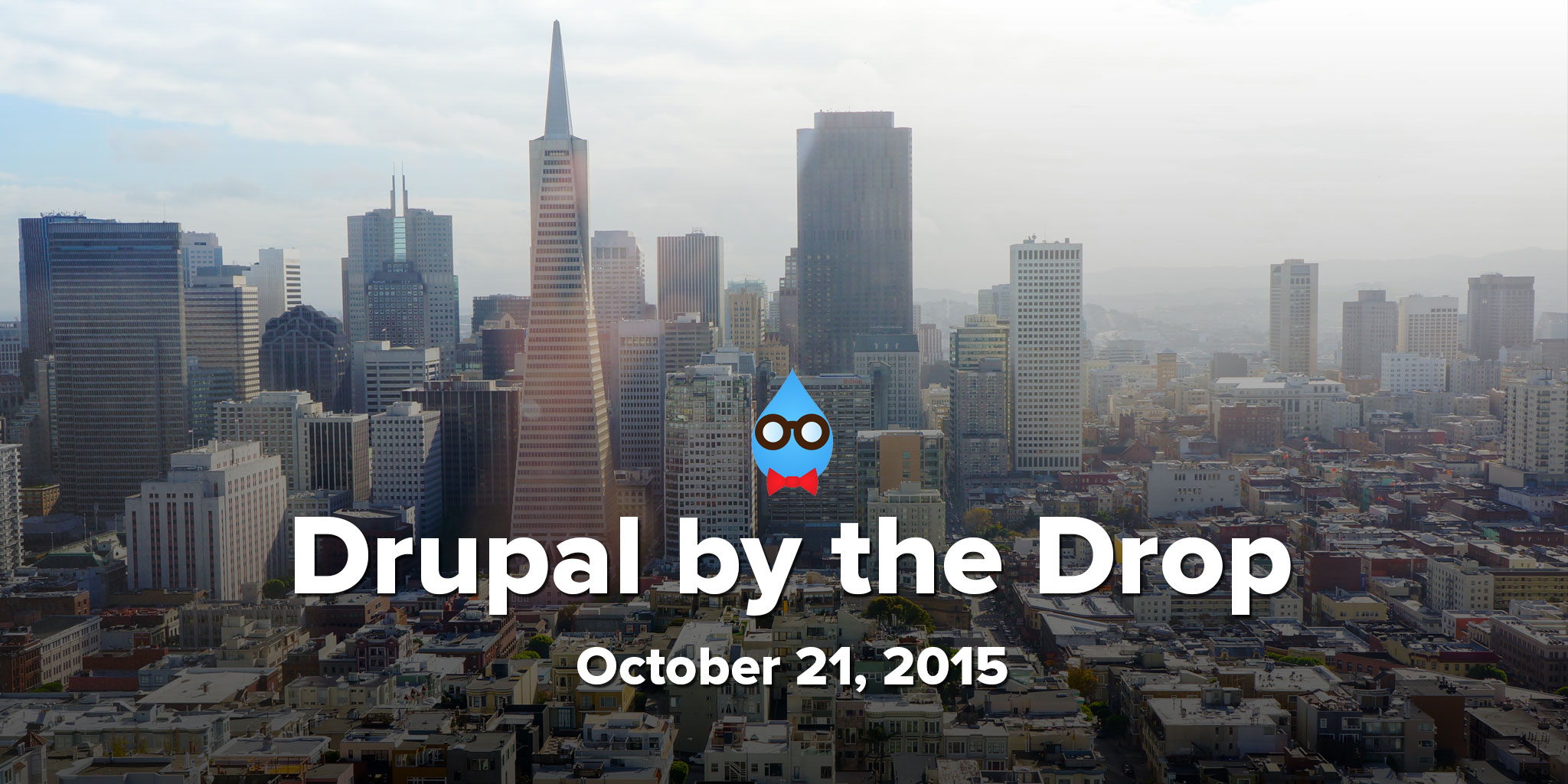 Not a security release. Bug fixes only.

A video overview of a pretty cool module that automatically uploads your videos from a Drupal site to Youtube, and then embeds the resulting Youtube video in the node page view. It even supports fallback to local video if Youtube is blocked.

A basic overview of the install process for Drupal 8.

A better way to do Features reverts on deployment.

This allows you to pull data from an external server and display it Drupal, unlike a lot of other tutorials that are out there that show you how to provide an API for data in Drupal.

Should you have a single Solr core with multiple site hashes or a different core for each site? The pros and cons of each approach are outlined.

How to use a distribution-based approach to site building and deployment.

An overview of a tool called Wordbreaker, which looks really awesome. Can turn a string like businessandintellectualproperty into "business and intellectual property". In this post they use it to fix some URLs without word boundary dashes in them.

I've had to use this technique a few times in the past. The gist is that you can't assume the database has all the node data stored in it when hook_node_insert() or hook_node_update() are called, so if you need to read data from the just-changed node, you should use a shutdown function that runs at the end of the call stack.

In Drupal 8, validation is no longer tied to the Form API. So you can call $node->validate() in programmatic cases to check for invalid values.

How To Force Search API To Reindex a Node / an Entity