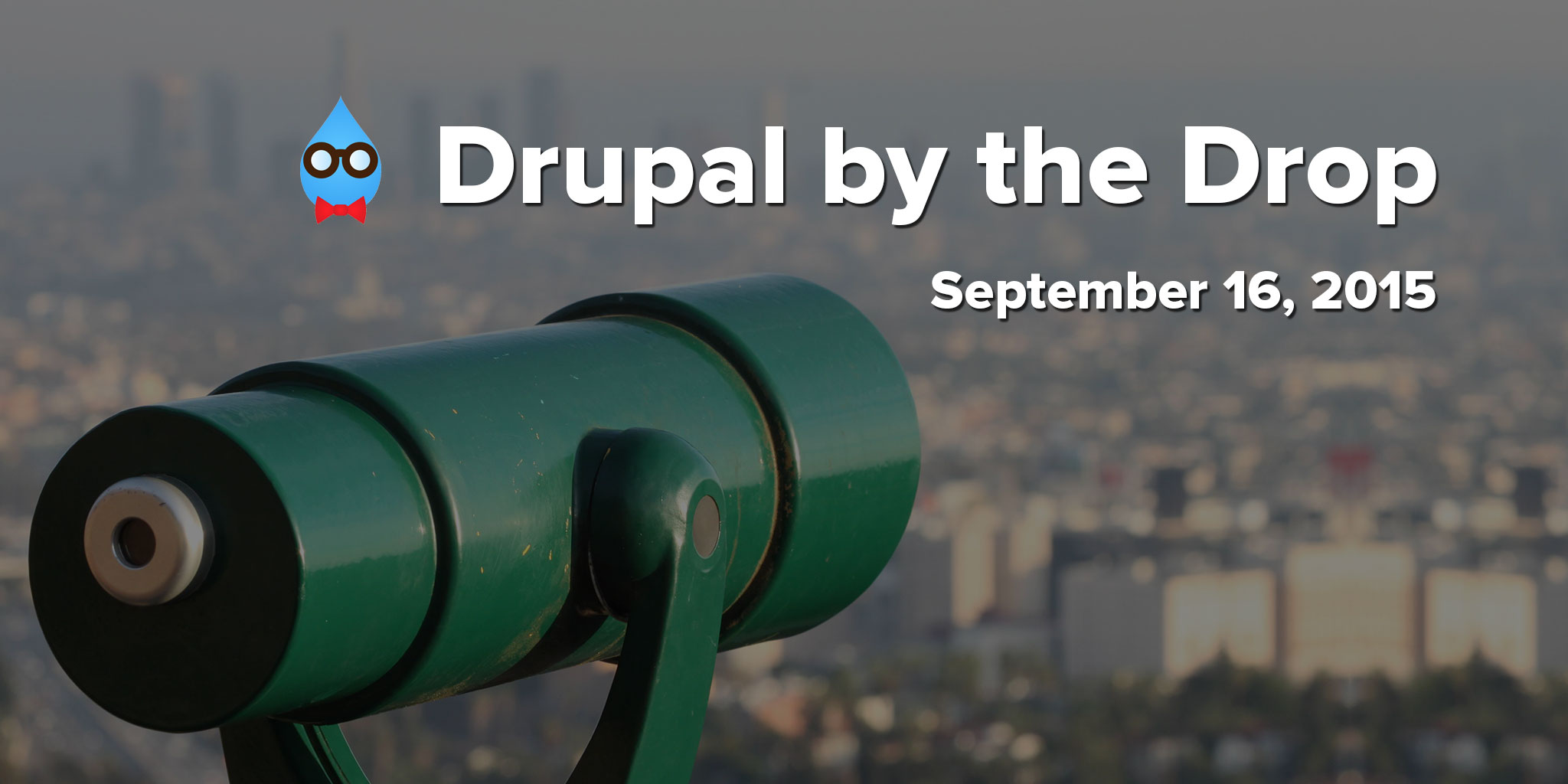 A review of interesting Drupal tutorials posted this week: September 9 - 16, 2015.

10 New Features in Drupal 8 Core - Yes, it's from the Acquia blog, but it this post actually makes sense. It's a nice list of new site builder level features.

Getting Up to Speed with Drupal 8 - Podcast

How to Budget a Drupal Project - I wish every potential client would read this. It says what I've been wanting to say for years.

Understanding Drupal Security Advisories: The Risk Calculator - I had no idea this existed. Nice to know there's a system. Not a huge fan of the security team logo, though. That little lock on the Drupalicon's head looks like horns. He's demented-looking enough as it is.

How Drupal 7 Works, Part 3: The Router

Add a custom menu to the Navbar module